Self Awareness. Do You Have It?

Self Awareness. Do You Have It? 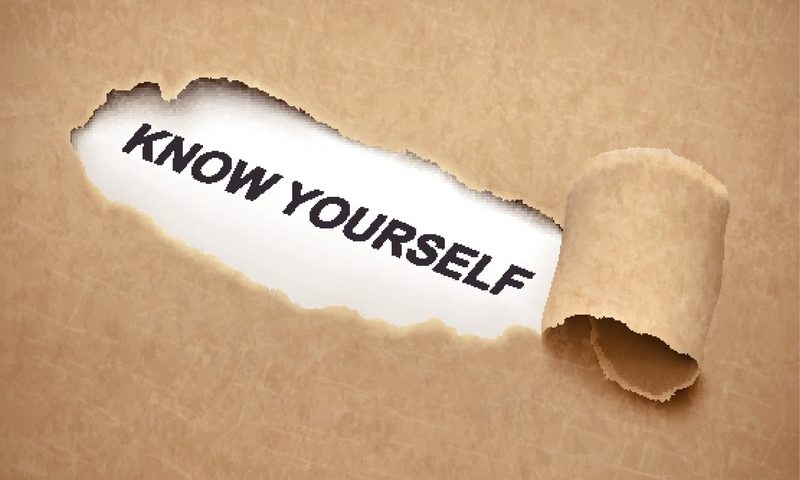 In my June newsletter, I talked about self-regulation, which is also one of the core intra-personal competencies of emotional intelligence. In order to practice self-regulation and then motivation, you must first embrace self-awareness, which is not so easily accomplished. And you need all three in order to develop the strong inter-personal competencies of empathy and social skills. If we aren’t aware of our emotions and how they impact others, the other EQ skills become more difficult to demonstrate. If we are unaware of our emotions, it’s virtually impossible to regulate them. One of the things I did last month when I was feeling high stress and anxiety was to ask myself “In this situation, what’s the worst that can happen?” When I answered honestly, I realized nothing much was actually likely to happen. Nobody was going to boo me off the stage or stab me with my ribbon-cutting scissors; no one was going to beat me up or burn my house down. Really, nothing that bad could’ve happened, despite the anxiety I felt. I just had to recognize that I was getting worked up and needed to get a handle on my emotions before they got the best of me.

So what do I mean by self-awareness, anyway? Well, I’m not talking about taking selfies when you have nothing better to do. In my book I describe it as the ability to recognize and understand our moods, emotions, and drives, as well as their effect on others. Self-awareness is knowing how you’re feeling and why you’re feeling that way. It’s also knowing your personal strengths and limits and having an accurate and realistic sense of your self-worth and capabilities. This sounds straight-forward enough, but you’d be surprised by how many of us don’t have a clue as to what we’re feeling or why. And many people lack the ability to see themselves as others do; they don’t see the impact their behavior has on others, nor do they see the impact their emotions have on their behavior. The beauty of self-awareness, though, is that once you do get clued into these things, you can get better and better at it just by paying attention.

Now, take a good look in the mirror – or at that last silly selfie you took — and then think about these questions.

Someone who’s high in self-awareness knows how they’re feeling. They use that knowledge to guide them when they’re communicating with others. Being high in self-awareness means being sensitive to your own moods and how your body feels. If you know you have a tendency toward depression or anxiety, for instance, being self-aware helps you monitor your mood. If you’re aware that you’re a little off one day, you’ll be especially careful when evaluating something important at work. Is it really a problem or is your depressed mood making it a problem? If you’re self-aware, you’ll know the difference. People who are self-aware also make better decisions or at least know when it makes sense to delay a decision if possible.

Give these questions some thought, too.

An important aspect of self-awareness is knowing our own strengths and limits and having a sense of our self-worth and capability. We have to realize our capabilities. We need to know what we’re good at, what we like to do, and when to hand things off to others who may be better qualified in a particular area. When you’re self-aware, you may continue to make the same mistakes at first, but at least you’ll be aware. And maybe the next time, you won’t make that mistake because your self-awareness will kick in and guide you.

Take a look at yourself

If you don’t understand the correlation between your emotions and your behavior, it’s time to stop and review the last several hours, or even days. Don’t look at your selfies because they only show what you want people to see! What has caused you to feel the way you do? How can you use that knowledge in a positive way rather than a negative one? No matter the underlying cause, your emotions are affecting you, and self-awareness will help you to understand your reactions and change the course of your behavior if necessary.

We all have shortcomings, so it’s best to recognize where we could be better and either find a way to dramatically improve or let someone better qualified handle it. One of the leadership examples in my book is about Steve Jobs, who was a great leader and high in self-awareness, but lacking in empathy. Jobs had some regrettable personality traits. He was narcissistic. He had a great imagination, but he was a perfectionist. He was obsessive and just not a good people person BUT – because he had a well-developed sense of self-awareness, he knew where he was lacking and he chose people to work with who had the skills he was missing. He was not intimidated or threatened by bringing in the right people to balance him; in fact he and Tim Cook, Apple’s current CEO, made a great team for this very reason. Good leaders surround themselves with people who can make the whole organization better, not people who are carbon copies of them!

There’s so much more I can say about this but the main thing I want YOU to get is this: “a little self-awareness goes a long way.” Once you start to pay attention to it — and then practice it – you can make little changes in your life and in your behavior have a big impact. It only gets better – and that’s something to smile about!

What do THEY think of ME?