I’ve heard some people use the words sympathy and empathy interchangeably, and they are very mistaken in doing so. When we engage in sympathy, we recognize (usually painful) emotions in others and “feel sorry” for them;

when we’re being empathetic, we recognize the emotions of others, take their emotions in to connect with something inside of us, and then “feel with” them. See the difference? I think of empathy as having “more skin in the game” than sympathy does. We can show sympathy and sympathize from afar, but we can’t empathize from a distance, because we aren’t just showing it, we’re feeling it. Of course, we can’t feel exactly what someone else is feeling, but by allowing their emotions to connect to something inside our own minds and hearts, we should be able to provide real support – even if we say nothing. Sometimes there are just no words and the act of connecting and being truly present can make all the difference to someone who is struggling.

Remember there are degrees of empathy, as I learned during my EQ training. Once I understood that having too much empathy could render me useless to my clients, I had an even greater respect for its power. When we feel empathy for others, we’re connecting with them at a deeper level than when we simply react with supportive or sympathetic phrases, and our intention is to ease their pain in whatever way we can. But if we’re too empathetic, we actually take on the emotions of others; we allow emotional contagion to go too far, and then we, too, are overwhelmed. People who are very high in empathy must be careful not to fall into this trap. Otherwise, both they and those they want to support will be so mired in emotions that nothing good can come of it. Similarly, leaders who are high in empathy can end up with burnout since they’re always in “fix” mode by taking on their employees’ problems instead of guiding them to a resolution.

Empathy Has Nothing To Do With Being Nice

A crucial aspect of EQ, empathy has nothing to do with being nice or placating people. It has to do with knowing how to treat people according to their emotional state. A leader with real empathy can interpret the emotional reactions of others and make decisions that take those reactions into consideration. I like to quote Daniel H. Pink, author of Drive: The Surprising Truth About What Motivates Us: Empathy is about standing in someone else’s shoes, feeling with his or her heart, seeing with his or her eyes. Not only is empathy hard to outsource and automate, but it makes the world a better place.

Often, when people believe they’re commiserating with another or showing sympathy, but haven’t invested in an emotional connection, they are actually distancing themselves. When they do that, they often say things that not only are not helpful; their words can be downright hurtful. Imagine someone whose life has just been shattered by the loss of a child. Then imagine this thoughtless, careless sentiment expressed to that parent under the guise of offering sympathy. “I’m so sorry for your loss”, someone might say. “But at least you have two other children.” What a hurtful, ignorant thing to say. And yet, people do say things like this all the time, erroneously believing they’re offering comfort! Why? Because they aren’t being empathetic; they aren’t connecting to that person’s emotions and therefore don’t have a clue as to what that devastated parent might be experiencing.

Dr. Brene Brown, an author, researcher, and professor at the University Of Houston Graduate School Of Social Work, has studied empathy extensively. She further expands on the notion of sympathetic people using phrases that start with “At least…” She refers to this tendency as “silver-lining” a tough situation. “My marriage is breaking up,” a woman says sadly. “That’s too bad, but at least you have a marriage” says her single, insensitive friend. Again, this type of reaction is based on disconnection, rather than connection. The single friend isn’t connecting in any way to the emotional impact of loss and disappointment her soon-to-be-divorced friend is experiencing. Like the remark made to the parent who tragically lost a child, it’s as if people are afraid to connect; it is easier for them to point out what they view as the “silver lining” in the situation or tragedy. This inability or unwillingness to connect makes the situation all about them, rather than the person who needs them. There are several YouTube presentations by Dr. Brown related to empathy. A brief one that provides a nice summary is: https://youtu.be/1Evwgu369Jw

Empathy is a major component of how we relate to others. And empathy almost always starts with listening, a skill that should never be underestimated. In my book, “The Power of EQ; Stronger Leadership through Emotional Intelligence” I discuss the various competencies of EQ, the different assessments and what they measure, and ways to learn and improve the EQ skills that we already have to varying degrees. Empathy is a major interpersonal skill that can be improved upon, and listening skills are a big part of that.

Some people know when they’re lacking in a particular area and choose to surround themselves with people who have what they lack. Apple founder Steve Jobs, for example, was a great leader who lacked empathy but was high in self-awareness. He knew he just wasn’t a people person, so he chose people to work with who had those skills. Tim Cook, who is now Apple’s CEO, became the calm and consistent counterbalance to Jobs’ personality and they were a great team until Jobs’ death. Apple, of course, is still going strong.

Dr. Brown goes so far as to say that sympathy, versus empathy, “drives disconnection.” Whether it drives it or simply enables it, we have a choice to make when it comes to choosing between sympathy and empathy. I choose the gift of empathy that connects me to my fellow human beings; those I work with, my friends, and my family.

I recommend that you do your own research on the differences between sympathy and empathy and look at when and how you’ve relied on either or both in your own life. If you feel you’re too empathetic, think of a situation in the past and imagine what might have happened if you’d been better able to manage it. Do some self-examination to understand how and when your vulnerability to someone else’s emotions becomes too much. Then do some research to find out more about why this happens and how to keep it in check.

If you think you’re lacking in empathy, start with improving your listening skills. Give your full attention to the person who is talking; take into account the words the person is saying and the ones that may be unspoken. Observe the body language. Try to be fully present in your listening, so your response is based on a connection to what that person is feeling. Making that connection is all important, and sometimes it can be painful. But in order to “be there” for another person, to support them in a meaningful way, you must allow yourself to be vulnerable. Again, you want to be able to feel someone else’s pain or frustration or anger, but not to wallow in it. By doing that, you are connecting to them in a very real way, but you are able to maintain perspective so you can be of help.

It all comes down to being connected to others. As long as you are striving for connection, be assured you’re heading in the right direction. 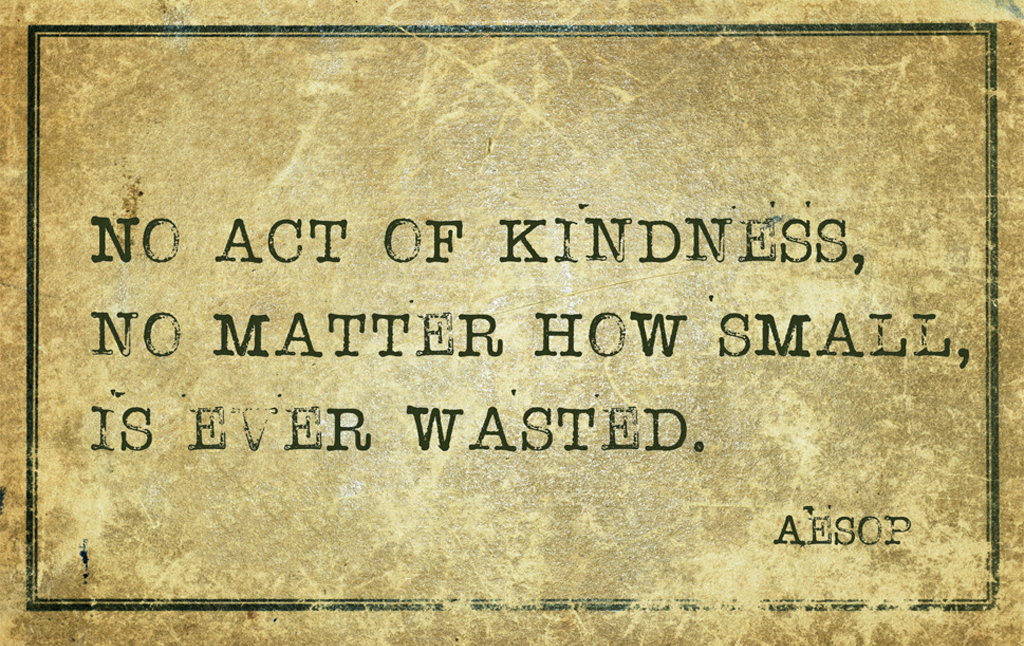